Virtual Reality (VR) is just for gamers right? These crazy nerdy looking headsets you see on people’s faces have no practical value. Obviously.

Well…. Thats probably not the case.

The truth is VR might provide great new innovations for agriculture.

Think of VR like the internet. It’s just the next big platform to build stuff on top of.

Operator as a Service (OaaS)

In a world filled with self driving everything there still is likely to be needs for human drivers in some cases. Rather than having a person sitting onboard for those rare occasions that the machine needs assistance wouldn’t it make a lot more sense to have a pool of remote workers ready to take the helm of the machine? An in real life person to operate the machine on demand in that moment of need? Something like Amazons Mechanical Turk but for driving machines? For sure. People have better things to do that sit in self driving machinery. This can be done remotely with VR.

Ok fine. You don’t actually need VR to run a machine remotely. But VR would make a lot of sense for operating these machines and hopefully high quality data connections in rural areas mature about the same time as VR.

There has never been a medium with such strong potential to allow agriculture to tell its story. With ag having a bit of an identity crisis with the public VR could bring people the experience of the farm. Showing the people how ag works could really do wonders through the power of VR.

Practical Idea for 2017: Use 360° video on your operation. People can watch in VR ( or not ) through Facebook and Youtube. McDonald’s is already doing it on UK farms.

For those trying to sell products this will be the new medium you will be trying to meet consumers on. Minecraft is already in VR. Perhaps you should be building a farm there. Build a virtual farm and invite thousands to check it out or even help build it. That’s a demographic I bet your not selling too yet.

If you are an agriculture retailer selling to farmers you can use 360° video and VR to show people how your new machines work and train them in a way never before possible.

In animal agriculture we pay veterinarians a lot for their expertise. Think of VR like a teleport, any person with any skill can be present even from a different continent. It’s not quite “Beam me up, Scotty” but it can get the job done.

For example lets say you have a person trying to diagnose a sick animal. With a mix of a Microsoft Hololens ( an Augmented Reality headset ) worn by the person in the barn and a VR headset worn by a vet from afar, the person on the farm can be the eyes, ears, and hands of the vet while she instructs and directs them to do the in person evaluations. The animal gets correctly diagnosed and the day is saved.

I’m also really excited for what could be done with Augmented Reality for routine veterinarian tasks like pregnancy checking. Maybe a post about that someday.

Some services like this are already showing up although in more standard format’s of live video conferencing. AgriSync, for example, for precision ag and crop experts.

Drones! Ok there I said it. With 360° cameras on drones and VR headsets its possible in the future “drive by scouting” won’t be industry jargon for doing a terrible job. Very much like remote veterinary assistance you can “ground truth” satellite data without ever touching the ground. Scouting through VR could help businesses expand there product offering without having to provide so much man power. Hiring good people is hard in 2017!

Again there are people playing around with this already.

This list was created on a Saturday evening while enjoying a delicious beer so it is in no way exhaustive. VR is going to be yuge and it’s going to touch all industries. Agriculture included. If your in tech and looking for a new project you might want to hit it up. If your in ag and think VR is a gimmick, have an open mind!

I know some people ( tech purists ) are probably saying that none of these examples are really VR. Just using VR headsets to watch big spherical videos. Your right for the most part. Deal with it. It still can be fascinating technology.

Commodity culture is broken. Coops, Checkoffs, and Subsidies have detached the farmer from reality through weak incentive structures. 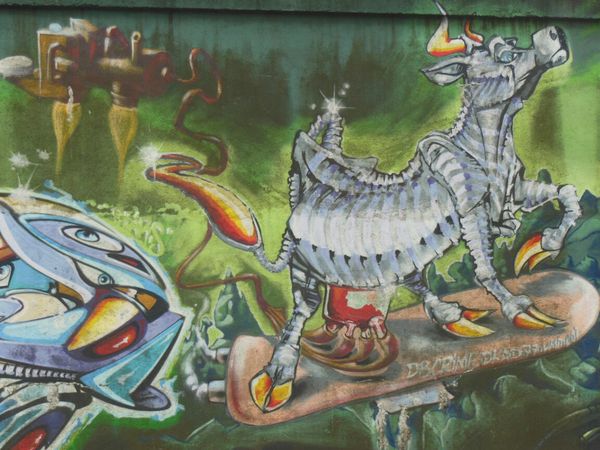 Infrastructure as a Service, with low barriers to entry, and a focus on food and agriculture, creates the bright future for farms and food the world wants and needs.